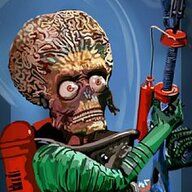 I am looking into doing some more dirty work. I have been putting off the rear main seal for sometime now, but I believe I have the confidence now to get in there and change it out. I will also be changing the valve cover gasket, probably not at the same time.

Any tips for each?

Should I replace the oil pump while I am able to get to it?

Should I take my time and clean up my rocker arms and push rods while I have the valve cover off?

@machoheadgames I saw that you installed the girdle on your motor. What is the benefit to this? I am curious. I noticed that the 4.0s in the TJs use them.
G

Patients and allow time to get things finished correctly. RE the valve cover;On my 91 4cyl, pull it, clean it up including pulling off the baffle plate on the crank system to decarbon it and also make sure you clear the brass orifice for the breather. Trying to keep the new gasket in place can be a PITA so I lay it bottom up, clean the mating surface with brake clean. Apply a thin and I say THIN, film of RTV, lay the new gasket on and put the bolts thru the holes to keep them aligned and let it sit overnight to dry in place. makes like much easier when setting it back on the head and keeping the gasket where it needs to be. Far as the RM, well... The Girdle? Geez...on a stock 4 banger, I wouldn't bother myself. Thats just my opinion.
Reactions: Flyer58
OP

Gilaguy23 said:
The Girdle? Geez...on a stock 4 banger, I wouldn't bother myself. Thats just my opinion.
Click to expand...

On a YJ I’d do the valve cover first, simply because the stock gasket is cork and falls apart after a while. It also crushes and the bolts don’t retain torque, so it’s basically bound to leak. You can look closely and see if you have a rubber one under there though, the molded rubber basically never leak so if you have one of those I wouldn’t bother unless you can confirm a leak by looking up at the back of the motor from the perspective of below the bellhousing.

The rear main seal isn’t hard, just dirty and somewhat time consuming. You’ll have a few random studs amongst the bolts. Remember where they go because they hold the cooling lines. They’ll also be a mix of 5/16-18 and 1/4-20. Pretty self explanatory where they go by the hole size but it is easier if you just remember or map them out in cardboard or something.

The girdle is 4.0 only. Personally I think it’s a good idea, I mean Jeep added it for a reason? I’m sure they found a benefit to it before slapping it on every 96+ Jeep with a 4.0. My engine vibrates pretty bad up around 4500 rpm so we will see if it helps after I start driving it again.

I have heard that from people with 91-95 XJs, they tried to convert to the girdle design and it didn’t clear their oil pan. Not sure why, because the YJ,97-99 TJ, and XJ all use the same oil pan from the mopar parts manual I checked with. It’s a pretty simple swap, just need the girdle, studs, and the nuts that come with the studs. I went with a spectra oil pan which fit the same YJ, early TJ, and XJ, and it fit the girdle perfectly.

To answer the benefits of the girdle directly, I believe it to strengthen the bottom end of the block, reduce NVH, and that’s probably it. It’s a relatively rigid piece of metal and I imagine tying all the main bearings together can only be good.

I’d personally leave the oil pump alone if you’re planning on changing the engine (since you said that before). You can change it cheap if you want to, just beware the oil pump pickup is kind of a bitch to install into the pump. You would need new of both and the oil pump needs a sealant on it and then you press it in (you can hammer it if you keep it lined up). The sealant is so it actually sucks oil and not air where the pickup brings oil into the pump.

Cleaning rockers isn’t a bad idea at all, if they’re nasty.
G

Gotta blow out the carbon. My engine seems to run a lot better in general if I drive it hard sometimes. The high rpm I mainly do when merging onto the highway but still around down I shift around 3000-3500. Drives great.
Share:
Facebook Twitter Reddit Pinterest Tumblr WhatsApp Email Share Link