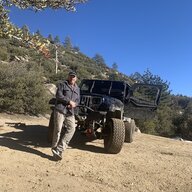 I’m thinking of installing a DD custom dash. Has anyone converted their dash and replaced the idiot lights between the tach and speedo with custom indicator LED’s?
Was it difficult, any tips?

Check out New Vintage USA. They have nice LED strips with overlays that you can pick whatever array you want and then cut the hole in the dash and bolt it on. Wiring shouldn't be too bad, you would just wire it to the original gauge cluster plug. If you have a 92+ I would route the 4x4 wire over to the idiot light section and include 4x4 as one of the indicators in the new vintage panel. The Check engine light will illuminate an LED just barely so if you want to get rid of that, put a small several ohm resistor inline which should get rid of the dimly lit light but not hinder the real light from being nice and bright when the CEL comes on.

Also keep in mind a lot of these functions are powered with the ignition key all the time, and they are activated by their ground. I believe the 4x4, check engine light, and parking brake all operate this way. I know for sure 4x4 and parking brake do. So for anything that operated this way, you could just branch a single power to all of them, and then hook up theirs grounds to their respective ground wires. Still not difficult, but that is a need-to-know thing when dealing with the wiring of these vehicle functions. Otherwise if you tie all the grounds together you won't have separate power sources for them and if you made your own power sources, you'd wonder why they all light up constantly. Keep them all powered and control via the grounds and you should have no issues, just like stock.
OP

Very informative Macho, thanks. Sounds like you’ve “ been there, done that” I’ll update this thread as I go forward with the project.
Reactions: machoheadgames

Haven’t done the dash swap but it is always in the back of my mind as a potential option. Only reasons I haven’t committed is just how much damn money it is, and the work to do it all. As for understanding the circuits I’ve just perused the electrical section of the manuals for hours on end. Thankfully it’s pretty easy to figure out how these Jeeps work with the manuals.

Looking forward to the progress.
OP

I’m looking for a 92’ manual now.
The dash itself is not bad, the gauges are going to be spendy.

When I was looking into it I was looking into DD's full replacement dash which kind of replicates the stock shape, but with metal. It truly is a full replacement in that all the old plastic and panel comes off, and the new one goes right on as an entire replacement and has grilles for the defrost duct and stuff. That is around 800 bucks total powdercoated, and then comes the gauges and switches and everything else I'd want. It would totally be awesome and I still may do it someday to get away from the stock stuff, but for now just too much work and money. Some things I would need to figure out too would be how to hook up the gauges to where they can be dimmed. I believe for the speedhut gauges I would want, they would need to be hooked up to a proprietary dimmer setup which I'm sure I can handle wiring but it adds to the workload. At this point I'm trying to finish up some custom wiring in my dash already and it's a pain dealing with it so we'll see, maybe in a few years. Just want to get back on the road for now, then maybe that can be a quality of life upgrade I do in a few years. It certainly would be awesome no doubt. The ability to go custom like that would really be cool.

Something along the lines of this is about what I would want. Delete the radio (already moved mine to console), switches on bottom, heater control nice and centered, stock style gauge arrangement (except I would do 4 center gauges since the 4x4 would go to the idiot cluster and I have no need for two additional gauges), nice LED idiot strip above the column, and two main tach and speedo gauges. Add the speedhut inverter dimmer knob kit and I think I'd be good to go. Delete speaker grilles as I'm going component speakers in other locations so I would let the speaker panels remain flat metal with no cutouts. It is a very enticing option for sure, just a lot of work for me to dive into at the moment. But man that would be a sweet setup and would clean up my faded, cracking, and stripped dash panels by deleting them. 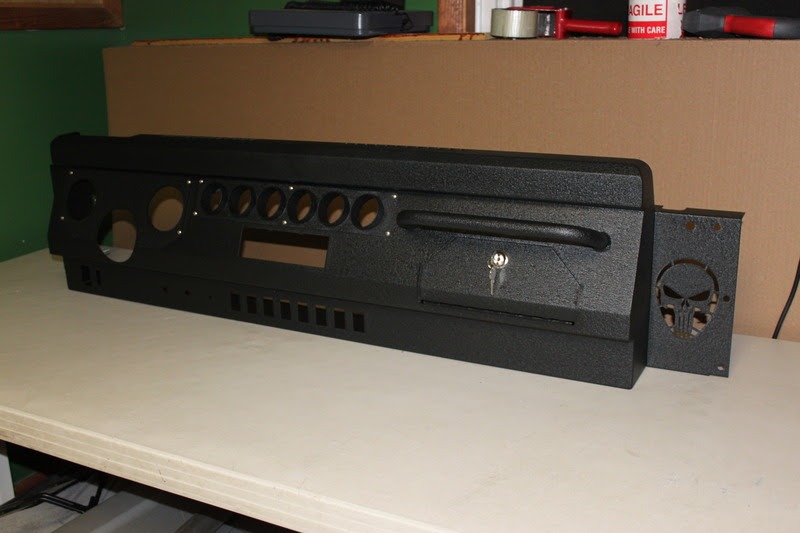 You brought up a lot of good points. I never thought about dimming the gauges. I guess cause my stock ones are so dim already. I think I’ll ditch my tach, don’t see a need for that when I’m under 45 almost always! What got me started was wanting to put in a double din radio. This is the design I think I’ll go with, less the tach. I already have a Tuffy locking glovebox so it will be just the steering colum section and the gauge cluster section. Dan has quoted $193 for those two pieces. I think reasonable for custom work.

Yeah I mean pretty much every aftermarket gauge brand has their own solution for dimming and stuff. The Speedhut gauges I would go with have an inverter kit which hooks up to a dedicated plug for the gauge dials backlight, and then you drill a hole in the dash and mount their little roller switch in the hole and so you spin it clockwise or counter to raise or lower the speedhut brightness. Speedhut also lights the needles but those are non adjustable. I would go with black gauges with white letters/notches and the letters/notches are backlit amber when on at night. I think that would be pretty cool. Plus amber is really easy on the eyes so iffen they ended up too bright, it barely matters.

Dan's pricing is more than fair. I'm not against his prices at all, and even the gauges are fairly priced. It just starts to add up all together, and will be a lot of work to get everything converted. Lots of rewiring and changing sending units and stuff, as well as programming the gauges to work for your application. It would absolutely be awesome though and is still an eventual plan of mine.

The one thing I'm up in the air about is how the factory dimmer works afterwards. The dimmer works off of resistance and works properly only when all the factory dash bulbs are in place. Of course, you aren't actually dimming anything once all the gauges are gone. But that roller still controls the courtesy lights, as in they turn on when you roll the roller all the way up. I guess I would keep the setup like stock where the headlight switch and dimmer are installed into the dash, the dimmer would no longer do anything but turn the courtesy's on and off, and then I would just install the speedhut dimmer knob right next to the other two. Not too bad.
Share:
Facebook Twitter Reddit Pinterest Tumblr WhatsApp Email Share Link