Bed lined my new to me YJ

Totally not handy or mechanically adept. Pretty much zero mechanical experience except I have tinkered with an old Johnson 2hp outboard (meaning I watched YouTube and rebuilt a carb and replaced head gasket by watching someone else). Hoping to learn how to work on the yj but I’ll likely need more than you tube for that! But I did change the engine oil at least. Step one for me was battling any rust on the body and frame both of which were in pretty good shape which is why I bought her. Anyways PO had sticky foam insulation on the floor instead of carpet. Tore it up grinded floor. Found two rusted through spots. I have yet to learn how to weld and may do so now that I’m a jeep owner again - but for now I cut the rust out and fiberglassed over it. Then my son and I primed it and I herculined it. Came out good although painters tape let me down a bit so I have some cleanup and touch up paint to do. But I’m not looking for a show car! Just want her preserved. Phosphoric 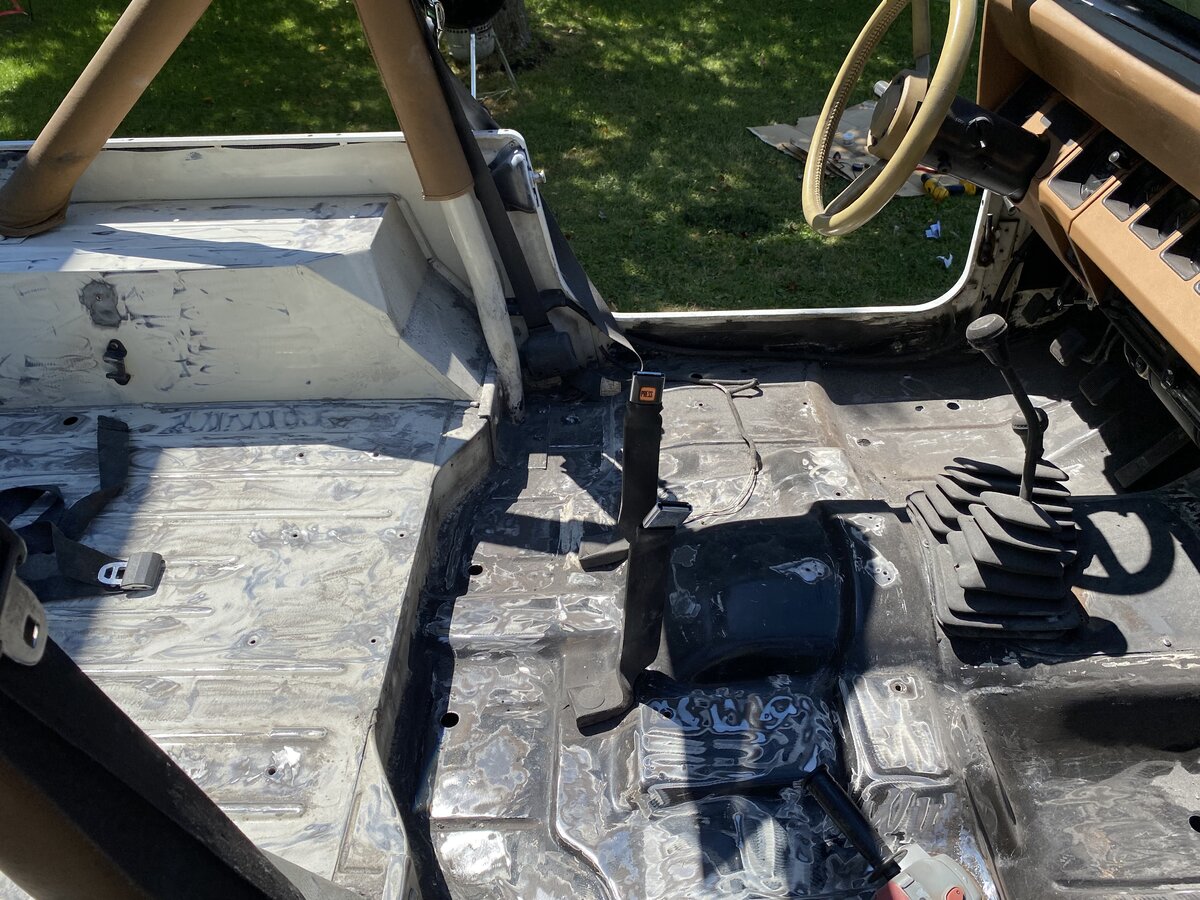 acid is great! Just discovered that as a rust killer. It’s a great skin peel too ha ha (wear gloves). Now I’m fixing the clip and rubber piece that hold on the shifter for the transfer case and putting on a new inner boot. I need to figure out why it smokes bad on startup. Don’t think it’s a head gasket - internet points to leaky valve seals. Hoping a little reseal will help for a bit. I’d love to learn to rebuild an engine but mega learning curve for a non carguy turned car/jeep guy. 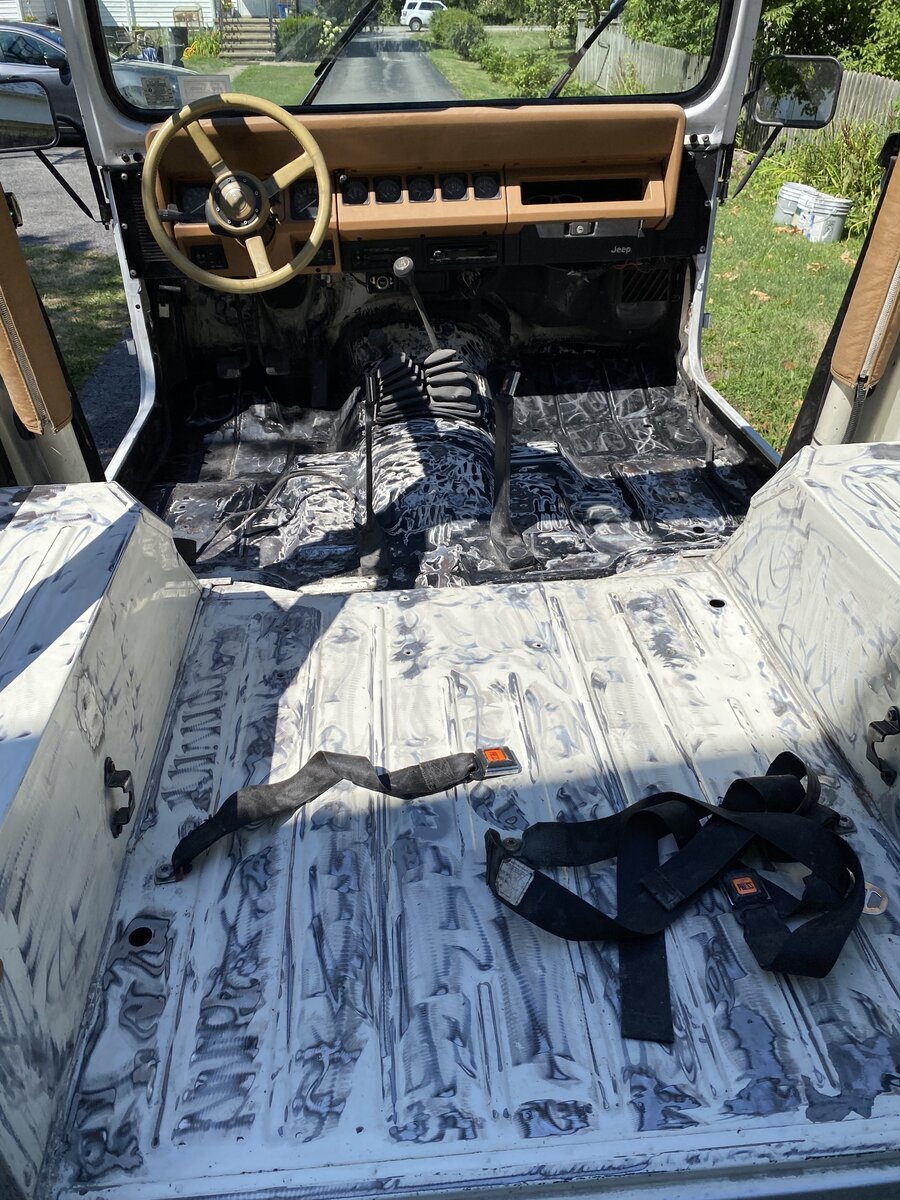 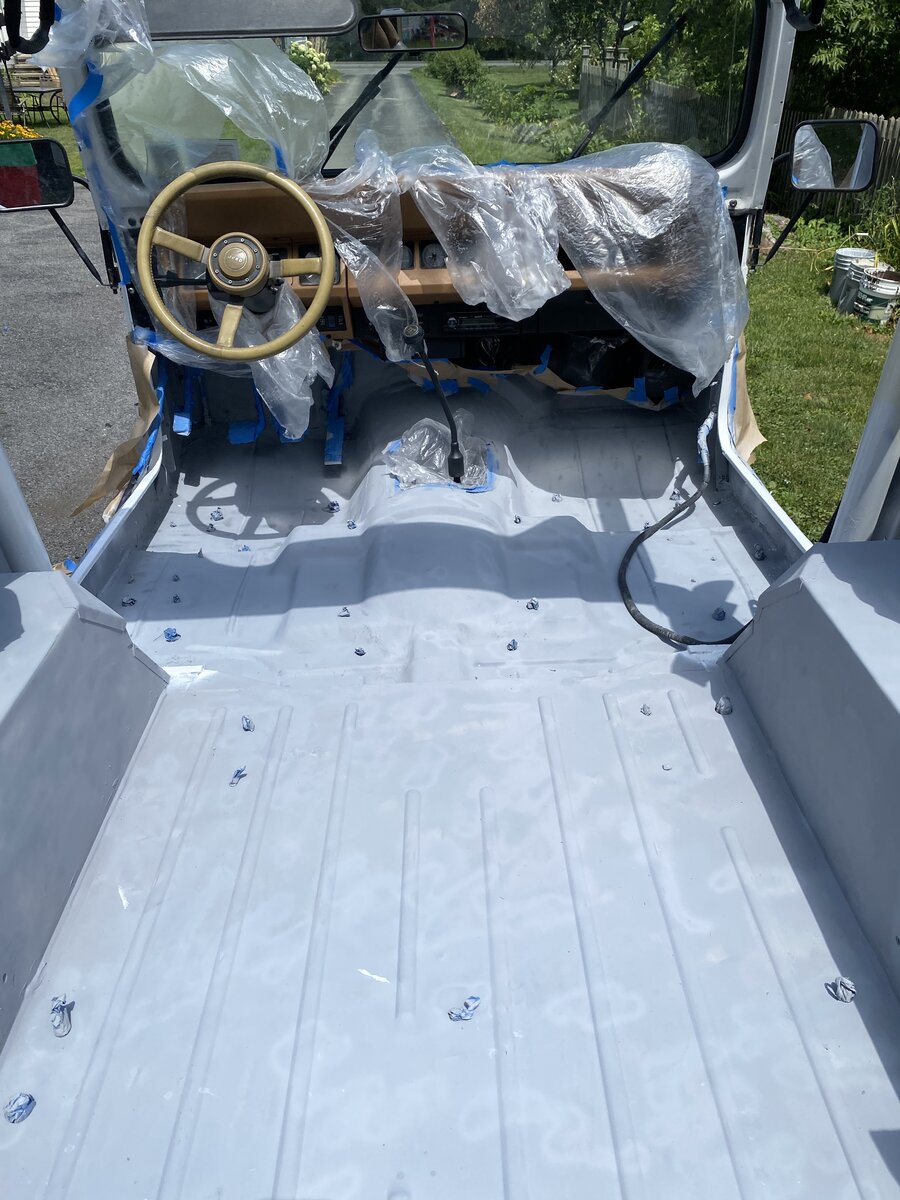 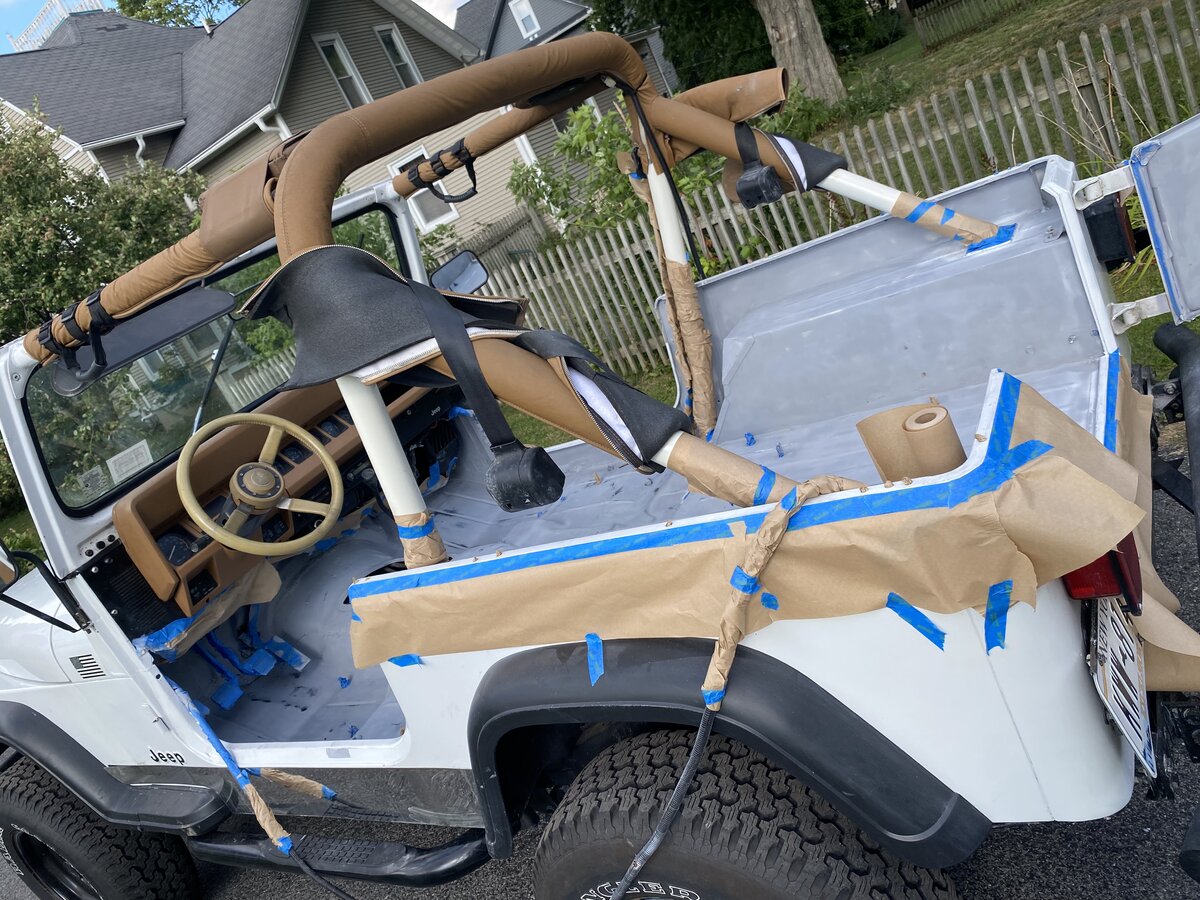 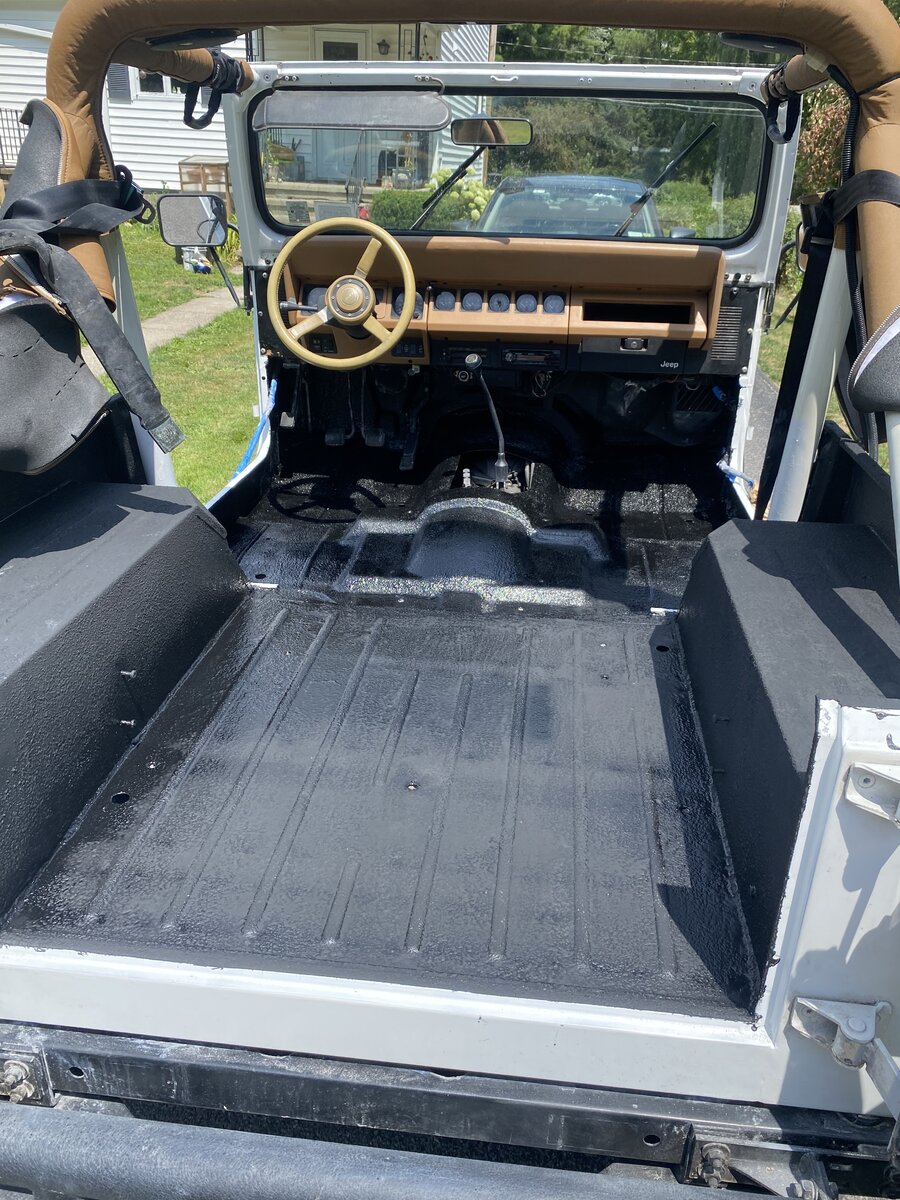 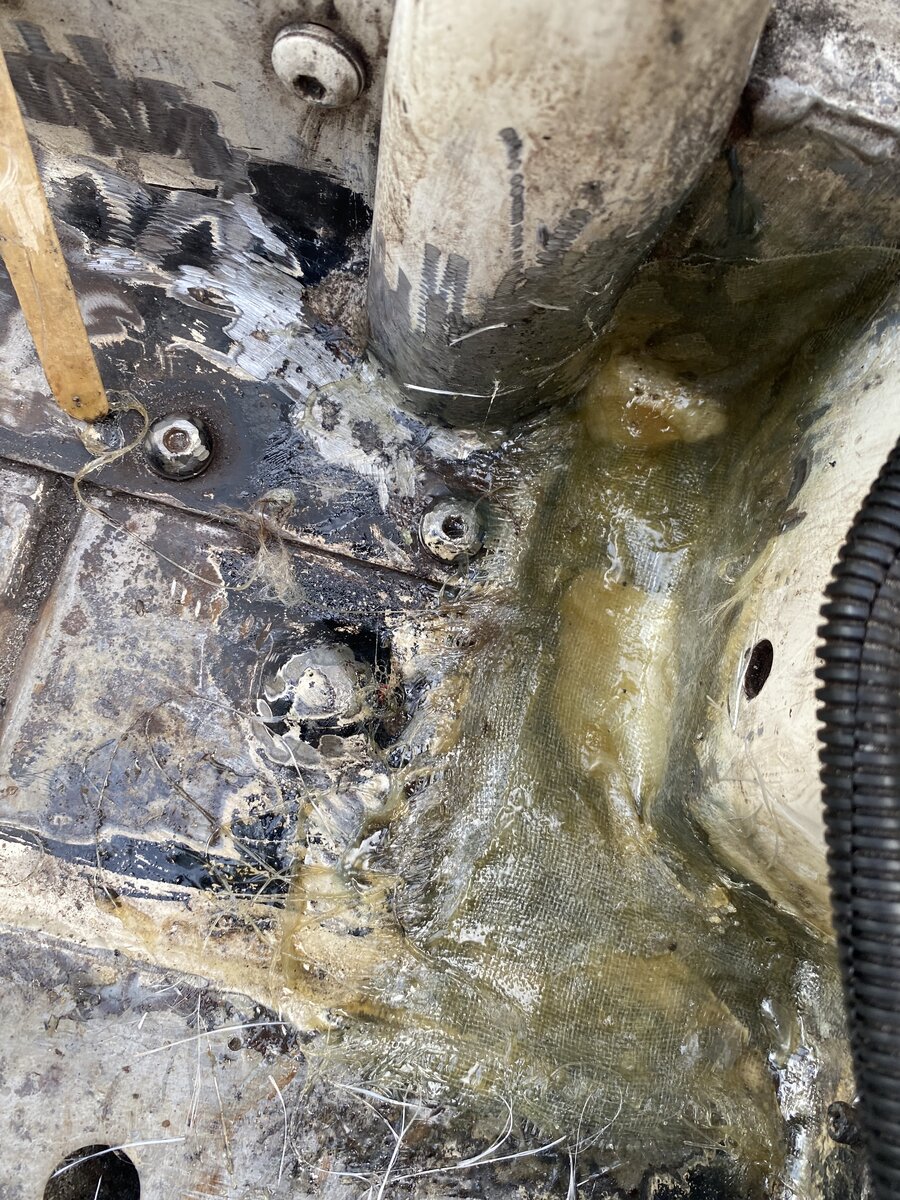 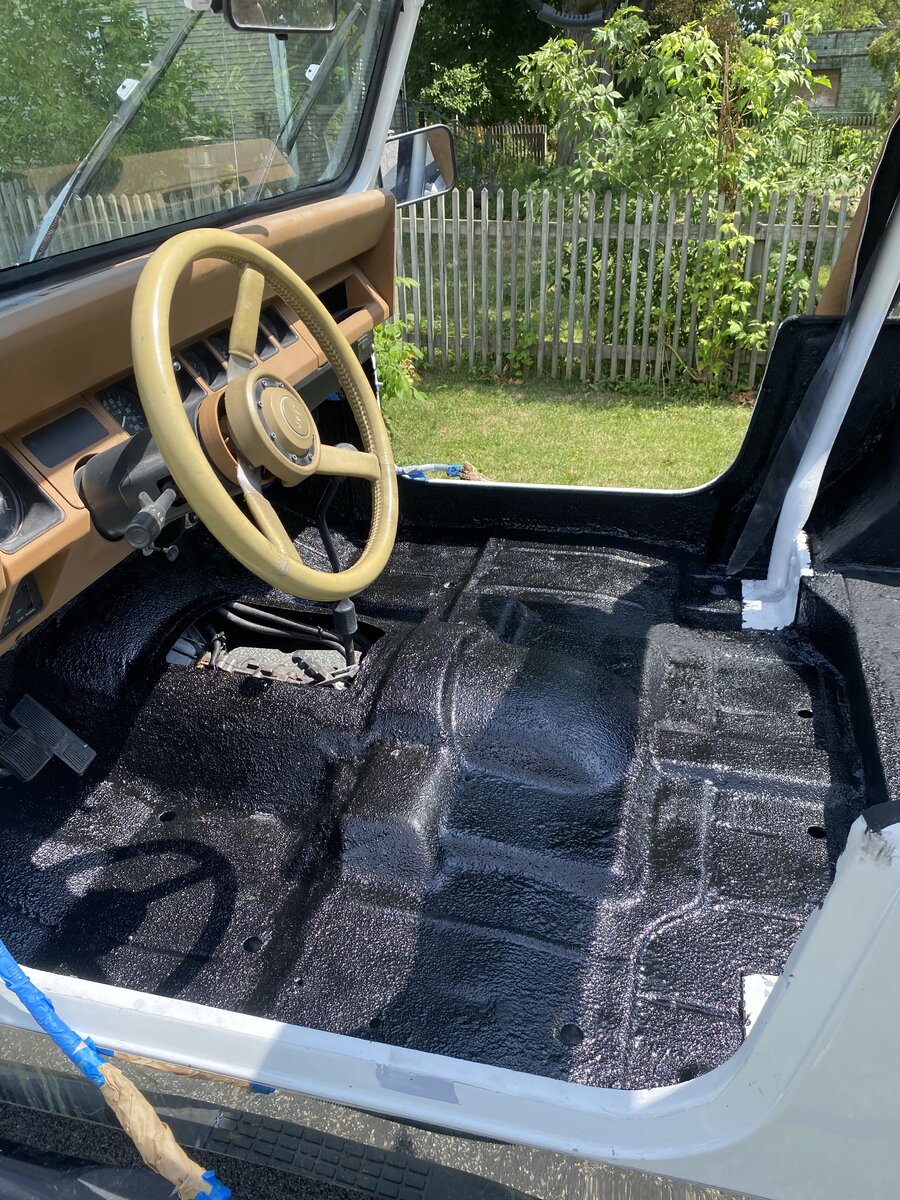 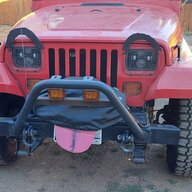 That looks great!
I've had hurculiner on the floor of my 73 Jimmy for 20 years, that stuff holds up pretty good.
M